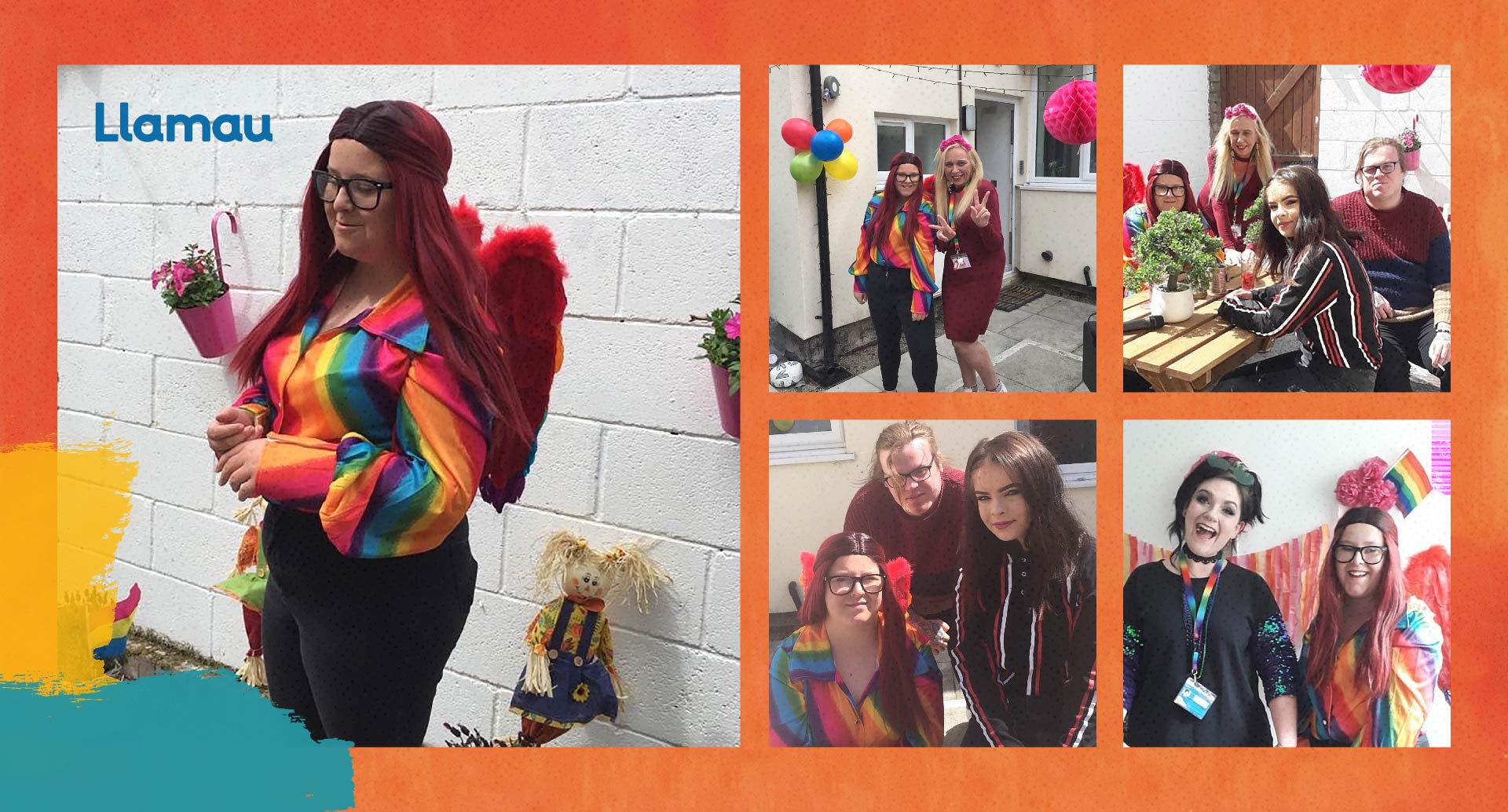 It’s now been almost a year since the first young people moved into Ty Pride and I’m so proud of what we’ve achieved in that time.

Ty Pride is the first project of its kind in Wales. It’s a supported accommodation project specifically for young LGBTQ+ people who are homeless, and was opened as a result of our campaign to provide more specialist support to young LGBTQ+ people who are four times more likely to become homeless than their peers. This horrifying statistic was revealed in End Youth Homelessness Cymru’s Research, Out on the Streets, which was released last year and highlighted the experiences of LGBTQ+ young people who had been homeless, including incidents of survival sex and rough sleeping to avoid being in places they knew they weren’t wanted.

We always hoped that the first young people moving into Ty Pride would settle in quickly, but it was really amazing to see that happening in reality. One young person had never been able to be herself but once she was living within a safe and inclusive home, she talked about how amazing it felt to finally be that person. It’s great to see how the support available has helped the young people come to terms with their experiences and further connect with their identities. They’re growing into themselves more and more each day.

This additional weekly support ensures young people can explore their thoughts and feeling and come to terms with their, often traumatic, experiences.

Originally we were only going to support two young people within the Supported Accommodation and one externally, but since opening we’ve had so many referrals we’ve simply had to expand. At one stage, we were supporting eight young people but we’re now supporting six; three within the house and three within the community. We’ve had referrals coming in from all corners of Wales, but we cannot help everyone unfortunately, which just shows how important it is to continue opening projects like Ty Pride in other areas of Wales.

We worked directly with the young people being supported by Ty Pride to bring the project to life, hopefully encouraging more young LGBTQ+ people to seek the support they need, but also with a view to encouraging other local authorities to consider opening similar projects. I can confidently say projects like Ty Pride will make an insurmountable difference to the lives of young LGBTQ+ people.

Research shows that LGBTQ+young people are four times more likely to be made homeless than their peers.