Talking about healthy relationships will help us stop unhealthy ones 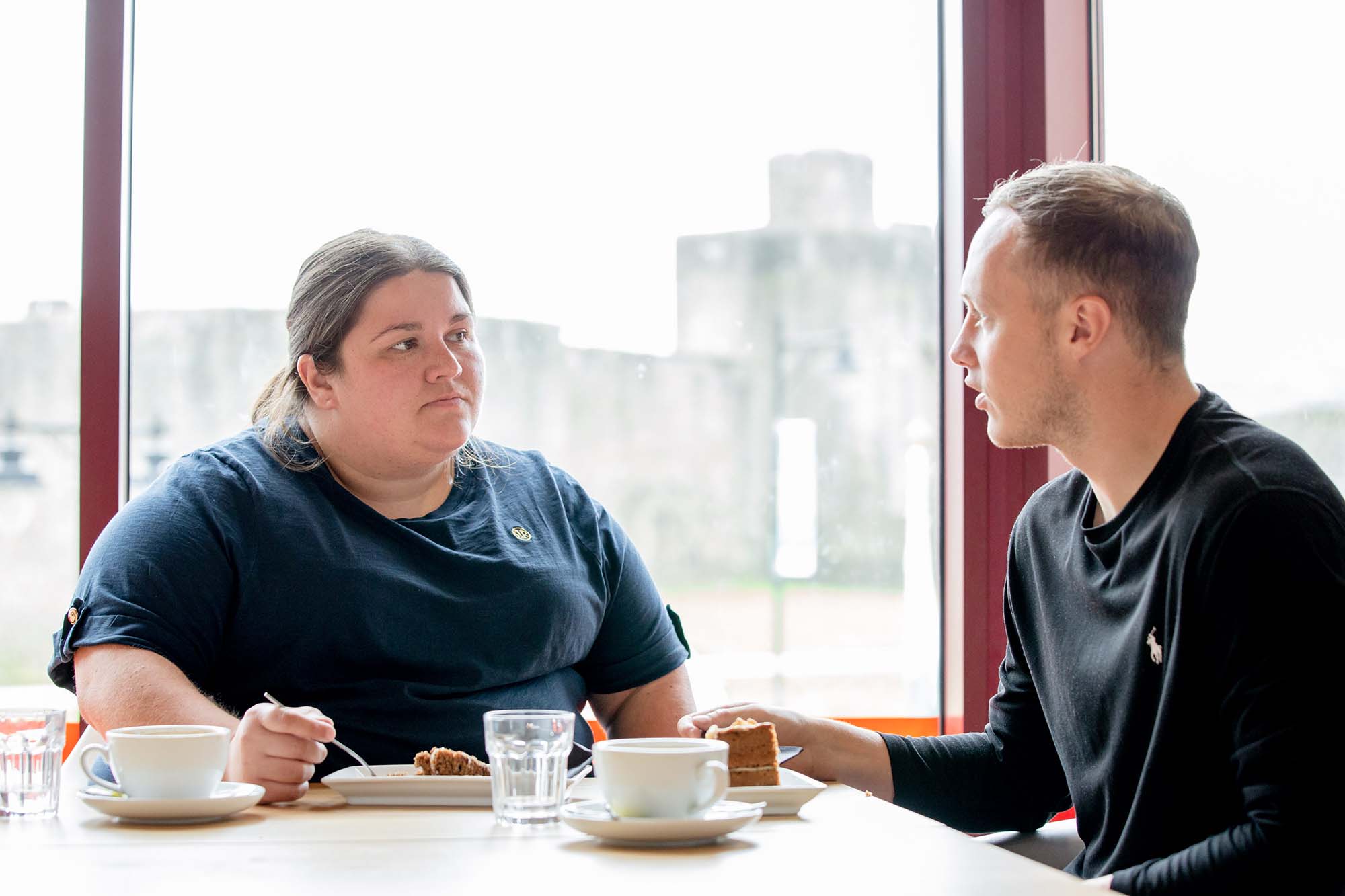 It’s never felt more important for young people to understand what makes a healthy relationship than it does right now.

In a world where things have never felt so unknown, more and more young people have gone online in search of connection but all too often that innocent desire to reach out has been met with abuse and exploitation.

We all recognise that at the best of times it can be difficult to understand a person’s intentions face to face, so trying to read them accurately through a screen comes with a number of added risks. Unfortunately, I’ve seen the lasting damage these risks can bring to young people and their families, which is why I focus on online relationships and safety just as much as physical ones when running Llamau’s Healthy Relationship workshops.

When I’m in the thick of delivering a workshop to a group of young people, I’m always listening out for those little whispers between friends or scanning the room for those silent acknowledgments that what I’ve said or what’s on the paper in front of them has been understood.

When a young girl says to her friend “I think that’s a red light because it doesn’t seem nice…” or a young boy says “That’s what my dad does to my mum sometimes…” it’s crucial to find the right balance moving forward because it’s at this point an unhealthy behaviour has been recognised and an open discussion can follow. And those discussions are crucial and eye opening.

One activity in particular that always gets young people talking focuses on what we look for in a best friend compared to what we look for in a partner. It’s frightening that I’m almost always told that young people don’t look for the same qualities and values in partners like they do in friends. “We want loyalty and trustworthiness in our best friends.” “We want someone who’ll always have our back and treat us nicely.” But when I ask how that transpires to a partner, I’m told things like “Partners can’t be expected to always be faithful and not cheat…” and that “No relationship is perfect so we can’t always be happy.” My question back is always ‘why would you expect that behaviour from your friend but not from your partner?’

Since I began delivering these workshops nearly two years ago, I’ve noticed distinct differences in the way boys and girls talk about their relationships but worryingly they also mirror each other. Boys are more likely to identify abusive relationships in their own households and display unhealthy behaviours in their own relationships. They’ll often share with the group that they tell their girlfriend she can’t wear short skirts or hang out with other boys. They talk about dictating to their girlfriend what she can and cannot share on her social media. Girls also talk about these behaviours but from being on the receiving end of them. Girls say things like “My boyfriend won’t let me wear certain clothes…” or “If I get too many likes on my Facebook pictures he gets mad at me…”

It’s my role to ensure nothing ever goes unchallenged in our workshops. The whole point of them is to talk about behaviours like these and to begin planting the seed of change around how young people think and move forward with their relationships. Challenging their perceptions as to what a “healthy relationship” is, is the only way we’ll ever stop young people becoming victims of domestic abuse or perpetrators of it.

There are times when young people make disclosures or comments during the workshop that indicate to me that something may not be right at home or within their relationship circles. Sadly, a lot of the young people I’m working with through these workshops lack essential family relationships and so all they have is the youth club I’m visiting that week. Telling me something that’s going on in their life, either directly or indirectly, may be the only opportunity they’ve had to disclose what’s happening in six months.

I deliver these workshops to young people because I strongly believe that the earlier we equip a young person with the knowledge and understanding around what makes a healthy relationship, the less chance there is she or he will become a victim or perpetrator of an unhealthy one.

We held 50 targeted sessions on sexting, consent and coercion with all 1,413 young people having a better understanding of sexting and consent.