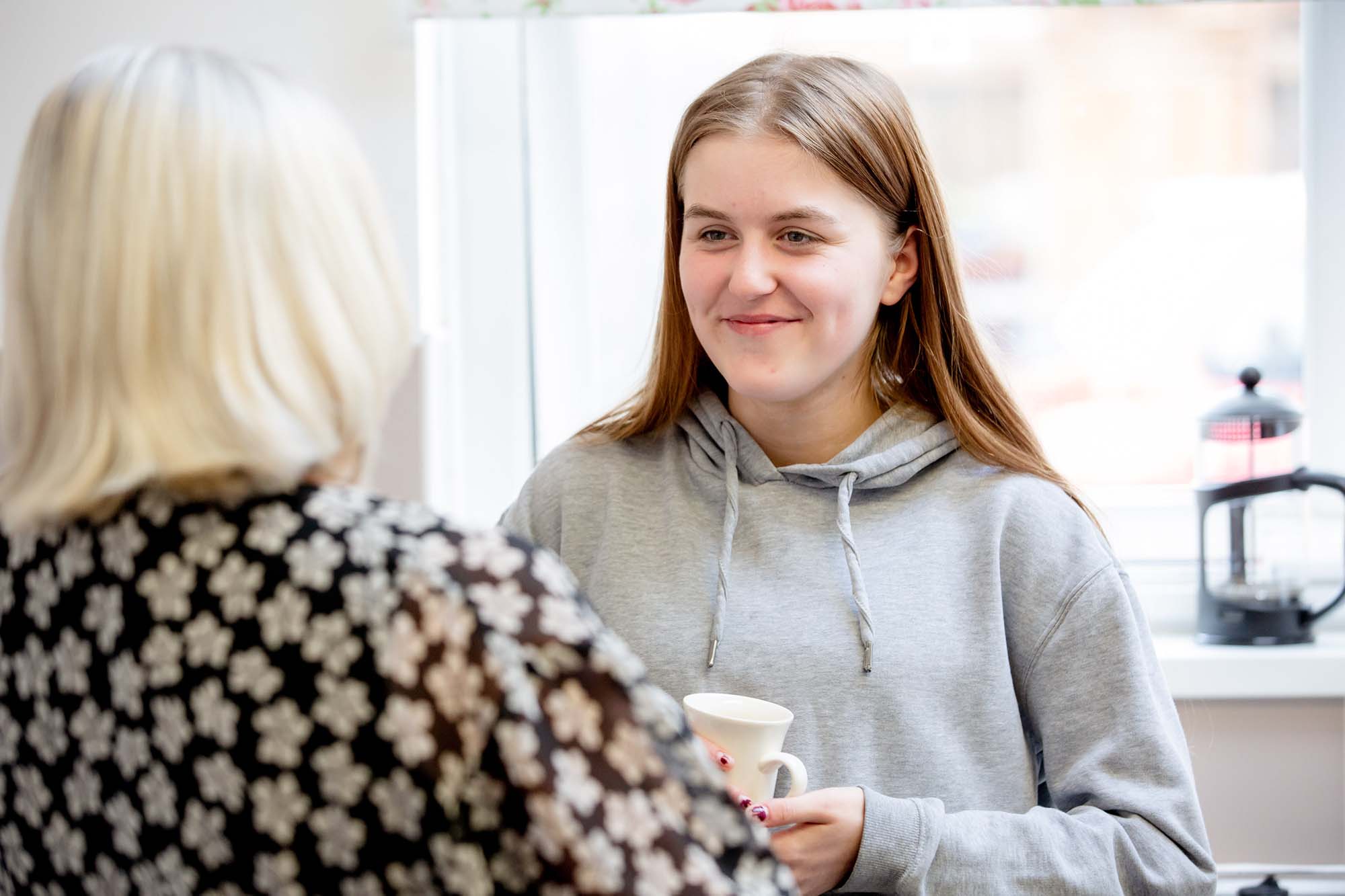 You’re not visible when you’re homeless, no one sees you, and after a while that’s the way you like it because you’re ashamed.

When I was 18 months old, me and my siblings were taken away from my mum’s care. She was a heroin addict and couldn’t look after us so it was best for us all. We were all taken into care and fostered together. My foster parents had a lot of money, which they spoiled us with, taking us on family holidays three times a year. From the outside looking in we were perfect, except for the fact my foster father was sexually abusing me and my sister. He first abused me when I was six years old and my older sister when she was nine.

For years, neither of us said anything. My sister was so frightened she’d break up the family that had saved us all so she kept quiet, like me. When she did tell the school what had happened to her, she did it for me. She thought that what had happened to her at nine was about to happen to me now I was nine but she didn’t realise it had already happened.

After my sister told her school what happened to her, we were all removed from their care and went to live with another foster family.

After we were taken away from them we went from placement to placement and over time we were all split up. My sister went off the rails and got into drinking and drugs, and I did. The placements I went into never worked out because I was no longer suitable for family fostering. Within weeks of moving in foster parents would serve notice on me. I couldn’t be looked after anymore. I was confused and mad at the world. I started drinking from age 11 or 12 and putting myself in risky situations. I became addicted to M-CAT and would always put myself out there to people I shouldn’t have. I didn’t know if it was for love but I didn’t know any better.

When I was 13 I was moved into a sexual exploitation house. I managed to get clean from the drink and drugs whilst living there, so I was then moved into a residential home. I was there until I was 17 and stayed clean. I used to help the staff there look after the younger kids coming in. I felt like I was ok and ready to live on my own. I would always say to the staff that there could be another young person out there on the streets that needs my room so I should go. In the end that’s what happened and I moved into my own place at 17. I didn’t realise though that when I lived alone I’d have all my thoughts and loads of time to think about what had happened to me. Up until that time I’d always lived with other people and had things to keep my mind busy but when you’re alone you don’t have that. I couldn’t cope with my thoughts and what had happened to me so I turned back to drugs.

I became so addicted I’d spend my benefits money on drugs instead of rent and lost my home.

I ended up living on the streets, begging for money from strangers so I could buy spice. The money was for my next fix and that’s all I could think about. I remember a lovely group of women used to visit homeless people with a trolley of baguettes and water. They’d always ask me how I became homeless to see if they could help but I never wanted to talk to them too much because I was concerned the help they could offer would take me away from my next fix. You don’t think about getting housed or feeling better, you just take their food and their good wishes because you need to hear them in those moments but you’re not so willing to take advice and help.

When you live on the streets you develop patterns. Everyday I’d walk the same depressing walk to the same alleyway to pick up fag butts that I knew would be there. Some days I’d walk for miles until I was so exhausted I’d fall asleep. I’d always sit in the same place and always slept in the same doorway. It’s scary living on the streets and dangerous, especially for a woman. I remember waking up on my second night sleeping out with a man’s hand down my trousers.

I spent nights where I just cried and cried. I used to look for quiet places I could go and cry and ask myself how I ended up like this. But in the end you just start to believe this is your life now. I saw no way of pulling myself from the life. I probably looked awful and smelled but you’re not visible when you’re homeless, no one sees you and after a while that’s the way you like it because you’re ashamed.

I was on the streets for about four months when an old friend saw me and just basically dragged me on a train and took me to get help.

I ended up in a B&B and then moved into a hostel. I’d heard bad things about this hostel but in fairness to the staff there, they really cared and tried to help me. I was still an addict at the time so I didn’t always do well but I tried. It was here that I first met Louise from Llamau.

I’ve never trusted anyone because I’ve always been let down by people so I didn’t see Louise or her colleagues as any different at first but in fairness to her, she kept coming back to see me. I could feel that Louise really wanted to get to know me and wanted to help me. She told me about Housing First and how it could help me get my own place. Louise explained it would be a slow process so in the time in-between she helped me prepare to live alone again. Then a flat came up early that Louise felt I’d like. She took me to see it and I fell in love with it. I’ve been here two months now and things are going well. I’m still decorating it but it’s coming along.

It’s a weight off my shoulders knowing Louise is there for support if I need it. I thought when I moved in the support would end like it always has before but it hasn’t. It’s a nice feeling to know that after going through so much and being pushed out by some people and people of authority that there are people out there that still want to help me. I am grateful for everything Louise and her team have done and everything they’ll continue to do for me. She and my partner have helped me get clean and I don’t even drink socially now. I’ve learnt not to hope or expect anything in life but I do feel a lot better now.

*names and images have been changed to protect identities.

Imagine a world where young people like Janie had a warm and safe place to call home every day of their lives. You can help us make that happen.